Bad move. Too much information. She's just given Jordynn a devious idea. This is Jordynn's chance to stick it to her roomie and get stuck by the boyfriend's hard cock. She's been after the guy anyway. She heads to her roomie's bedroom ready to fuck and suck him dry with her pussy, mouth and big tits.

"Doggie and Tantric are my favorite positions," Jordynn tells us. She's new at XL Girls. This is her second hooter hardcore hump and her fourth scene. Jordynn's as sexy and lively by herself as she is with the dick. She has a fun personality and enjoys a lot of sex on-camera and off.

"I've never spit. Spitters are quitters. I love swallowing when I give head. I've been in several threesomes in my life. I've been in polyamorous relationships and my husband and I swing; therefore we play with other single females and couples."

She won't tell us her kinkiest sexual experience. "I'm going to keep that one private," says Jordynn. 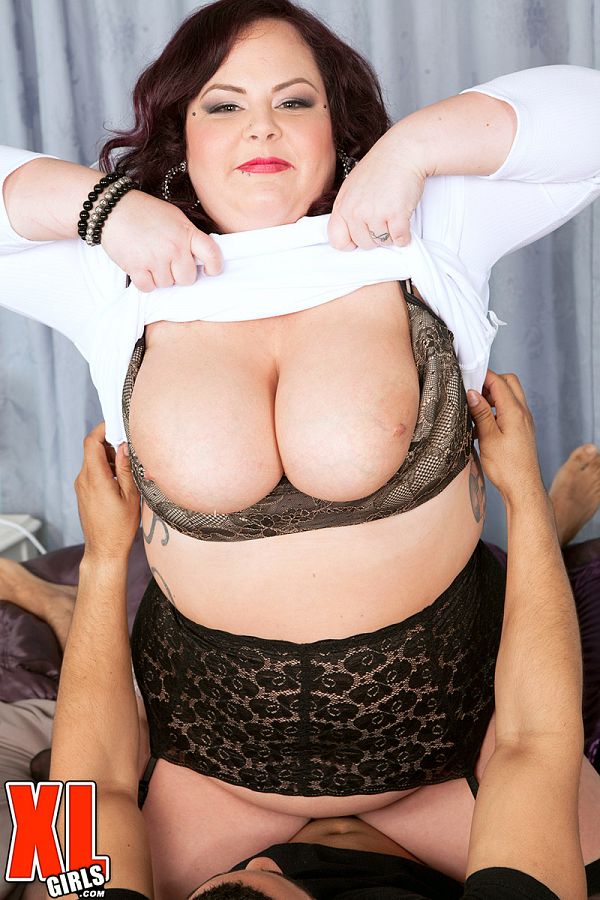