This Minka Hardcore Special pictorial was published in April '06 SCORE. This scene was originally conceived and shot for the movie Busty Hookers but was later added to Tit Attack instead of a proposed "Busty Asian Hookers" DVD with other top-heavy Asian girls.

The notorious No-Tell Motel is the setting where Minka provides mega-boobed full service for Matt, who's been cruising in his SUV with a pocketful of cash when luck strikes in the amazing form of this SCORE contest winner. "How much?" asks a desperate Matt, who's got a sudden yen to fuck her. "I charge a lot!" Minka answers with a smile, bending over and thrusting her irresistible moneymakers into his passenger window. "Wow! Those are some huge tits! Hop in the car," Matt tells Minka.

"You're gonna love them," murmurs a confident Minka and we know she's not kidding around. "You fuck between my tits, get sucky-sucky, fucky-fucky. I fuck you long time." 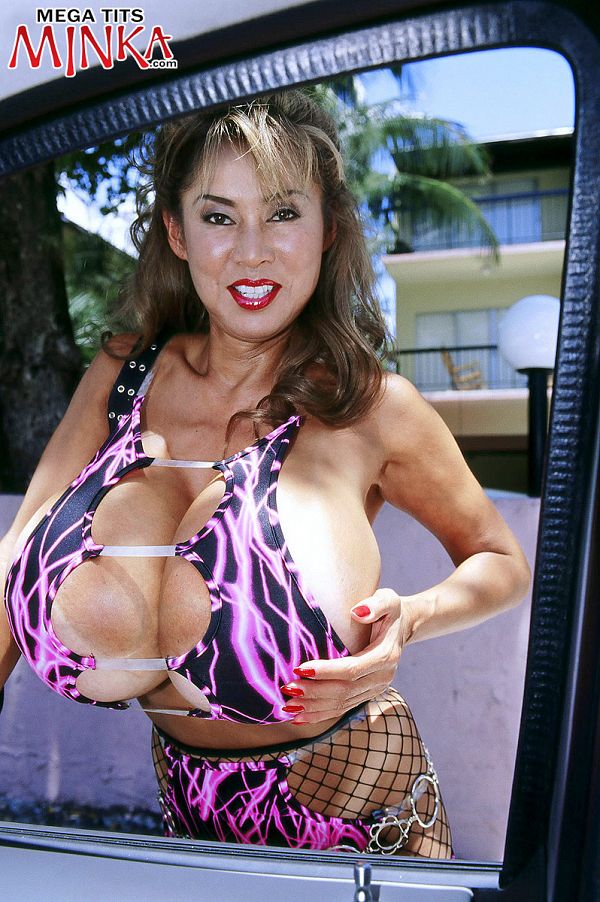 See More of Minka at MEGATITSMINKA.COM!