Nurse Terry Nova's patient is in for a check-up. Terry tells him that his blood pressure check is fine. He doesn't understand. The patient begs to see and touch Terry's big boobs. He's boob-struck. Obsessed. He has a disease called tittietitus. In fact, there's only one cure.

Terry leans forward, her bare cleavage exposed like two mounds of pure pleasure under her nurse's uniform. She lets her patient reach out and touch them. He's in a trance like a crazy man. He continues to knead them and removes the stethoscope from Terry's neck so it is out of the way.

The now-demented patient opens up Terry's uniform, takes her tits out of her bra and sucks on her magnificent nipples. Terry has inverted nipples and stimulation of his hard sucking has raised them to a point. Terry joins him and they each take a nipple and suck with all the force they can summon.

Tits spilling out of her uniform, Terry reaches out, lowers his pants, takes his stiff bone in her mouth and sucks deep, hands-free. The first phase of his treatment by this dedicated angel of mercy has begun. Here is the solution for the health care crisis! Her name is Terry Nova! 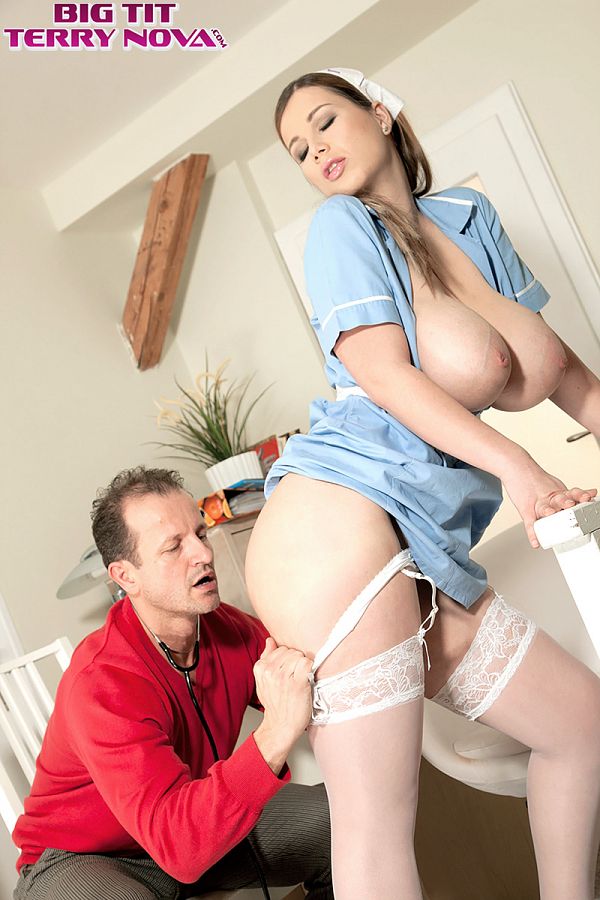