Candy Cantaloupes often returned to the studio with a different look. Her look in this scene was near the end of her dancing career, when she did her girl-girl with Rachel Rocketts.

After Candy debuted in November 1992 SCORE, the office mail box yielded letters and postcards asking for her return. This was at a time before readers could tap a few words on a keyboard and hit send.

Eventually Candy returned as a covergirl for June '94 SCORE in a yellow bikini and suntan lotion layout shot in The Bahamas.

In a Montel Williams show, the TV talk show host (who loves big tits and was married to a busty showgirl at the time) had Candy and Crystal Storm on as guests. Montel was really into asking about bust measurements. Thin girls were usually asked to appear also as a "counterbalance" to add some artificial controversy and this show was no exception. Both Candy and Crystal said that having huge tits enhanced their sex lives but they also had to deal with rude comments when they went out in public. 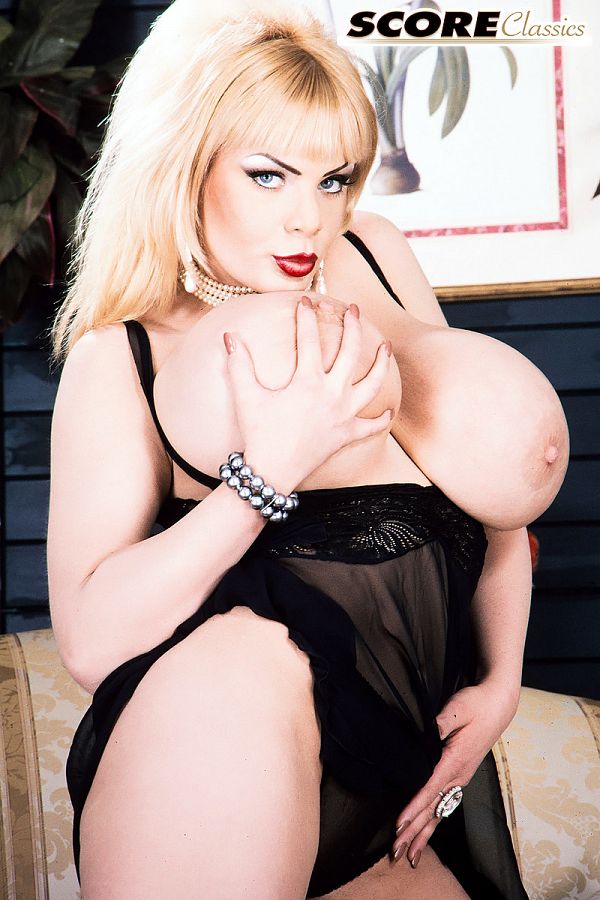