The first half of the 1990s were the boom years for big busted exotic dancers with massive implants in both North America and in the UK. Then in 1994, a new magazine called Voluptuous was created by The SCORE Group and the naturals were the focus. Girls like Danni Ashe, Louise Montgomery and Michelle Willings. They came in all shapes and sizes and their main similarity was their natural tits.

Sarah Lee came along at the right time for this magazine although Sarah was certainly slim enough for SCORE magazine and also appeared in its pages (June 1995, July 1996).

A lot of the girls in Voluptuous over the years were one-and-done models, shot by freelance photographers around the USA and the UK in small cities and towns. They'd pose for quick cash and resume their regular activities. Sarah posed for over a dozen magazine pictorials at the SCORE studio in London and did several video scenes. Today, a girl like Sarah would model in a matching set and video. Back in the 1990s, when magazines ruled, the emphasis was more on still shoots than videos. 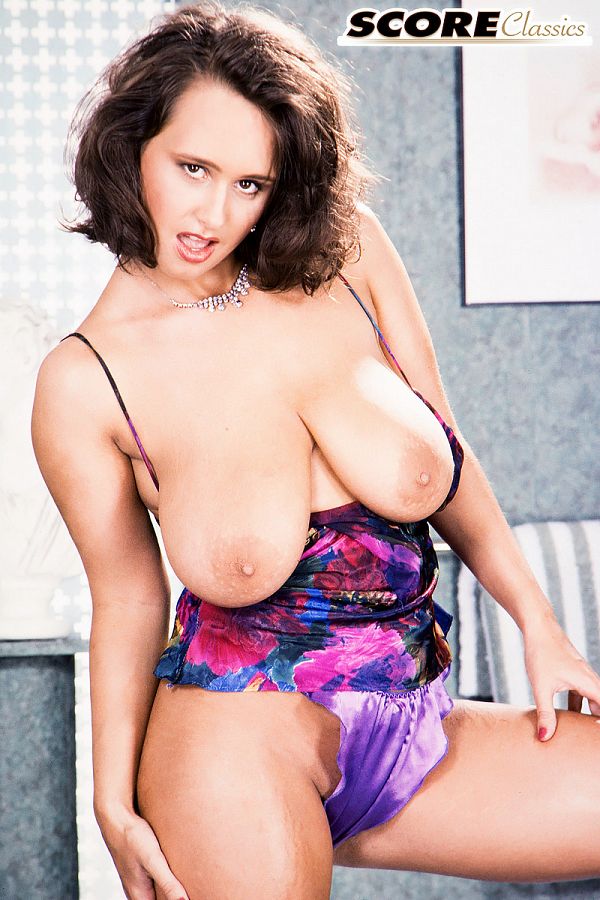