The photo shoot companion to Rachel Rocketts and Candy Cantaloupes' girl-on-girl video doesn't have any toy play or explicit pussy eat-outs. That's because the newsstand magazines of the '90s decade didn't publish explicit girl-girls or hardcore guy-girl photos. This was not due to a publisher's policy. This was a retailer and distributor policy.

Candy retired not long after this, making plans to go to college. Rachel is still dancing in Michigan. One of our readers spent some time with her at the club she dances in and said she's looking sexy and hot.

In 1998, Rachel briefly got involved in the World Wrestling Federation's "Parade of Human Oddities." She wore a shirt that read "Jackyl Me Off," a reference to Canadian commentator and former wrestler Donald Callis aka The Jackyl. Like Minka, called Satin on Ted Turner's Monday Nitro World Championship Wrestling in 1999, Rachel didn't actually wrestle. 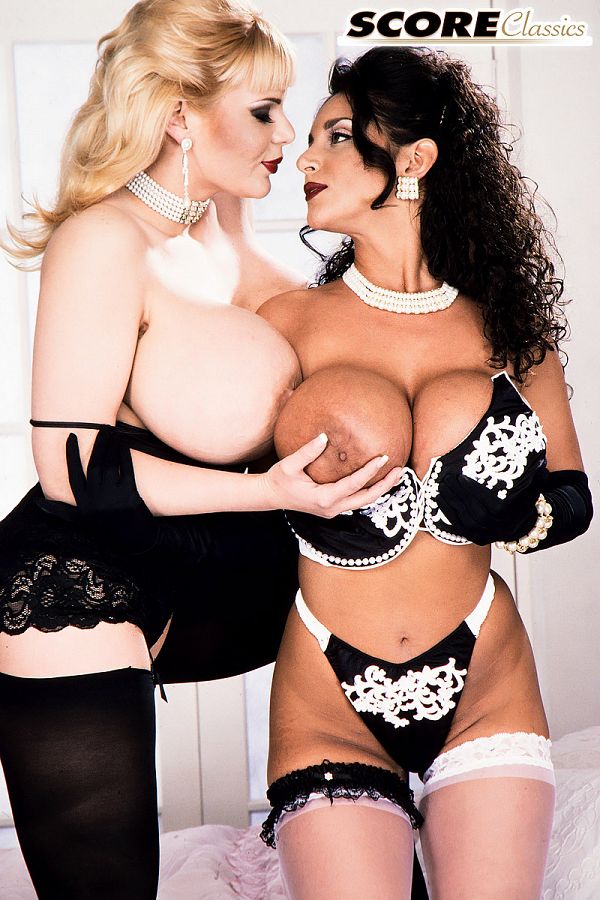