Putting The Great In Great Britain

Putting The Great In Great Britain

English flower Kathryn Gable was working as a cashier at a supermarket chain in London. At the age of 21, Kathryn decided to try nude modeling. Her fresh, very pretty face, natural body and big tits, and all-around flawless look opened the doors of the London-based pro studios who furnished the magazines with layouts. Different magazine editors called her by different names, such as Katriona, Angie or Anita.

Kathryn liked golfing and writing poetry in her free time after work. "I was always sort of an exhibitionist, not that I would flash in public. The idea of men admiring me in pictures excited me and appealed to this exhibitionistic impulse I would feel."

Kathryn made her SCORE debut in the January 1993 edition. Chloe Vevrier was the covergirl of this collector's item. That debut appearance overwhelmed everyone else in that issue. Kathryn returned in December 1994 SCORE. The covergirl this time was Brazil's Angelique, a very different kind of big tit superstar. 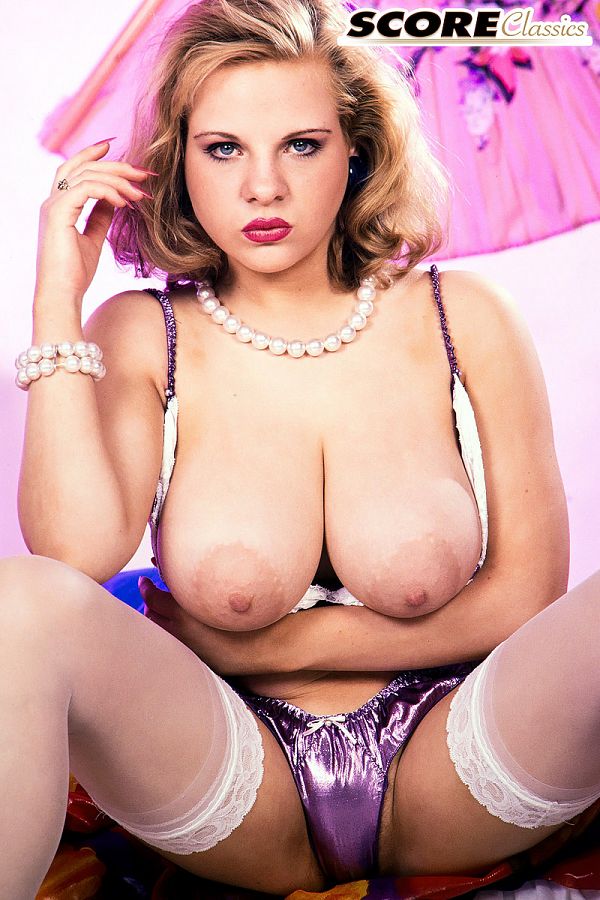