Terry Nova likes to make an evening of it in a quality restaurant with excellent food and top-level service. You know, the kind of place with roving Gypsy violinists you pay to get rid of.

Terry tries to replicate some of that ambiance with Tom by laying out a fancy spread on the dining room table. The food looks good, but at the moment Tom is interested in a different kind of spread.

Terry is feeling in a very bad-girl mood. This is not the good, angelic Terry of previous times. She teases Tom with her world-class tits and smokin' hot body. She slowly unbuttons her top and shows him how she overflows her brassiere. She smacks his hands away and even slaps him across the face and spits at him when he tries to touch her big boobs.

That excites him because he knows Terry will be shoving her tits in his face when she's ready. Terry needs and wants a lot of sex. She wants to get laid every day. And sometimes she likes to play role-playing games before she fucks. Sometimes dress-up games. Sometimes psychological games.

Even when Terry Nova is bad, she's very, very good. 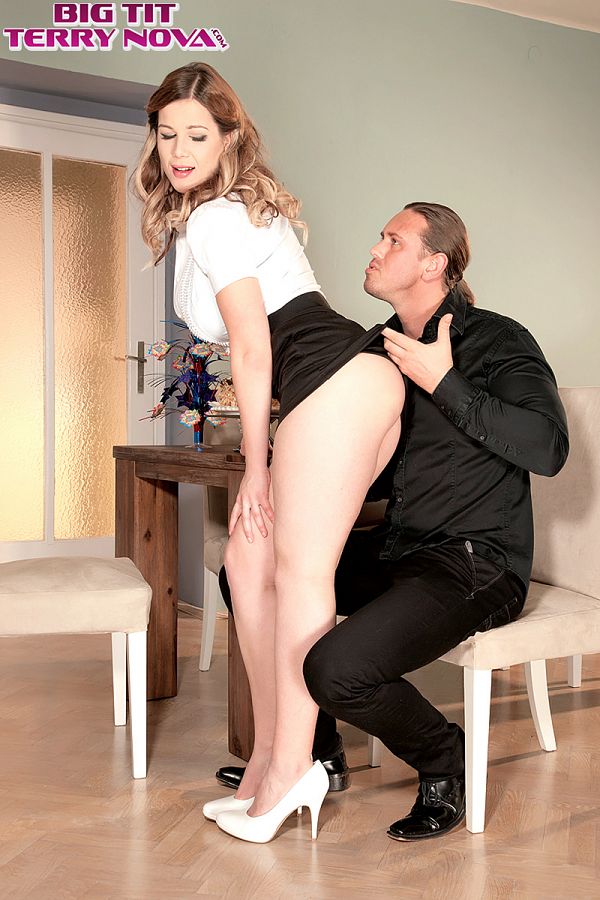