Babes, Boobs and Beer was the title of a SCORELAND Blog article extolling the virtues of topheavy tantalizers and the world's 3rd most-popular drink after water and tea. Girls are as varied as beer is. They can be mild. They can be pale. They can be stout. They can be bitter. There's no better, sexier, stacked babe to illustrate the tie-in than Joana Bliss as a Romanian beer maiden slinging a couple of steins of the frothy nectar of the gods in an old-fashioned countryside tavern. Who would not want to tap those kegs? Maybe one day, an enterprising Romanian brewer will get the picture and put Joana on the label of one of its beers. It would give St. Pauli Girl a run for its money! 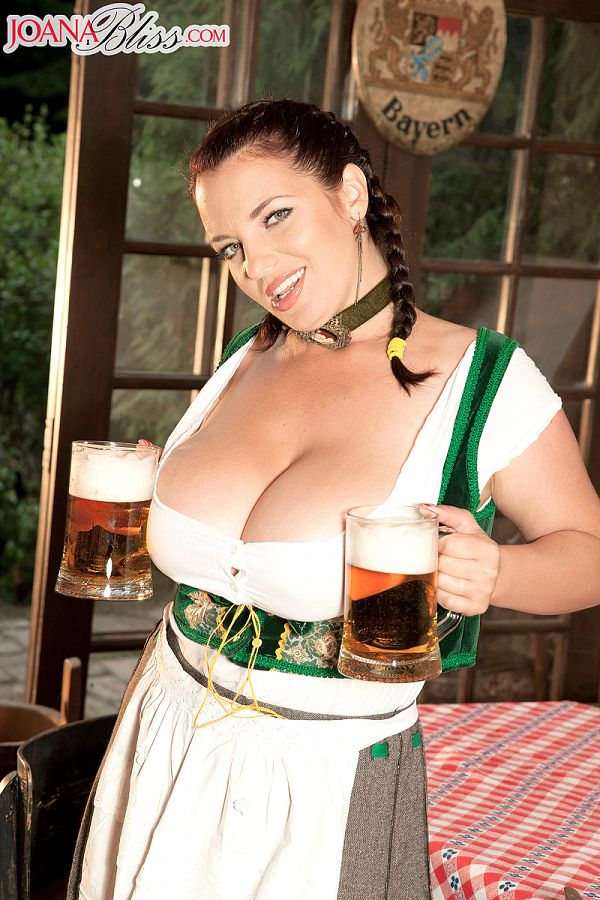