Although mainly a soloist, Niki Knockers did a few girl-girl scenes paired off with SaRenna Lee, Chrissy Lynn Peaks and Traci Topps respectively. The stage was her main interest, beginning in 1989. In the 1990s, TV talk shows such as Jerry Springer, Richard Bey and Jenny Jones were filled with large-breasted dancers but we don't recall Niki being a guest on any of them.

Niki had a lot of friends on the national strip club circuit. All of the girls knew her and she knew them. When the New York club and big-bust showplace Flashdancers threw their annual Xmas week party, Niki would join Casey James, Alyssa Alps and other stars. Today's webcam girls who sit in their bedrooms online all day have no concept of the action back then.

Although she was offered many club dates overseas, Niki turned them all down, preferring to keep her stage shows within the USA. She enjoyed dancing and meeting people. Being in a different city every week was an experience she loved. All of her SCORE shoots were produced in London, with the exception of a flashing photo set shot on the streets of Manhattan for the March 2000 edition.

We've never talked to anyone who went to her shows who didn't have the highest opinion of Niki. Some have said she could remember someone's name after meeting them months earlier and could continue an older conversation she had with them. It's no surprise her fans were so loyal. 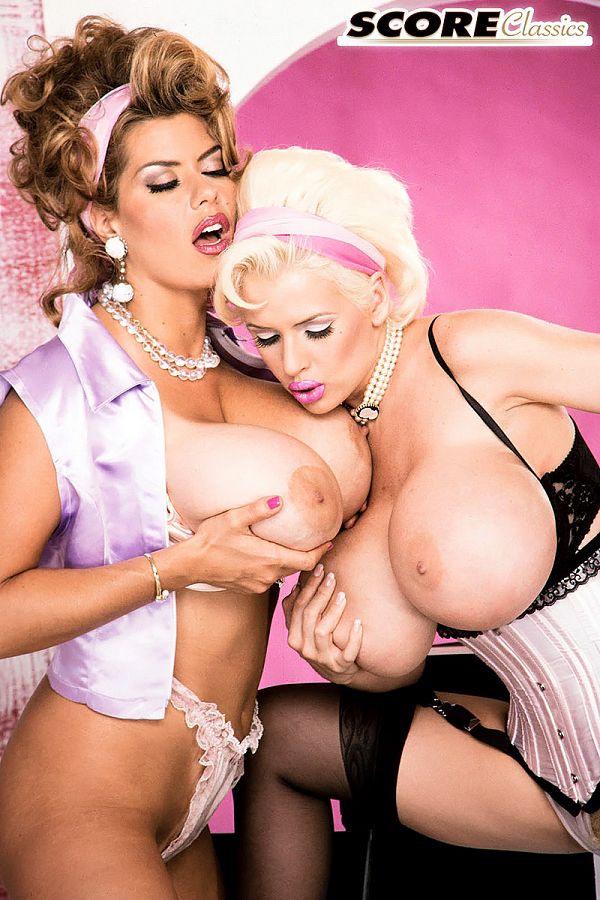