This set of Katie and Vanessa was shot in 1996. The girls solidified their friendship on Boob Cruise 1997. They were inseparable on that voyage. Where Katie went, Vanessa followed and vice versa. It was a match made in hooter heaven.

Vanessa was the quiet, willowy girl. Katie was the cheery, chipper girl. That contrast was memorable. They were constantly playing around and making out on deck. What went on behind their closed cabin door must have been scorching.

There's a scene in the movie Ben Dover Does the Boob Cruise in which Ben gets to run his hands all over the girls' oily bodies. Ben's a guy who can't be trusted within one hundred yards of a hot girl.

Vanessa made her debut in the May 1996 issue of Voluptuous magazine when she was 18 years old. She appeared in many issues of V-mag as well as in SCORE magazine. She returned to the Boob Cruise in 1998 sans her bosom buddy Katie. 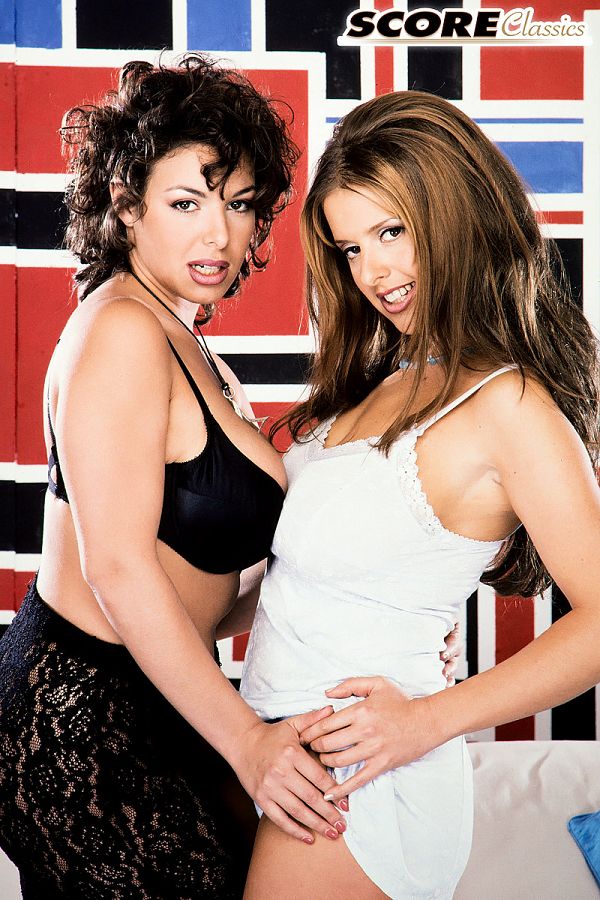 See More of Vanessa at SCORECLASSICS.COM!