Hot-tempered American businessman Eric, who is in Prague on business, phones for Terry Nova. A wise move for this type-A personality. Terry has opened so many men's belts, she could work for a tailor's shop. Eric's testicles need draining. His wife doesn't do hot stuff at home and that's what stress-busters like huge-boobed Terry are for. Terry's English is nearly non-existent but she does know the universal language of love. Cash, in any currency! Stripping off her red fishnets and black boots, Terry gets to the root of the situation, taking the rod all the way up her well-practiced puss. She fucks Eric like a carnival ride that's gone haywire and out of control. It's good to have a pay pal like Terry Nova in your corner. She sure does come in handy. 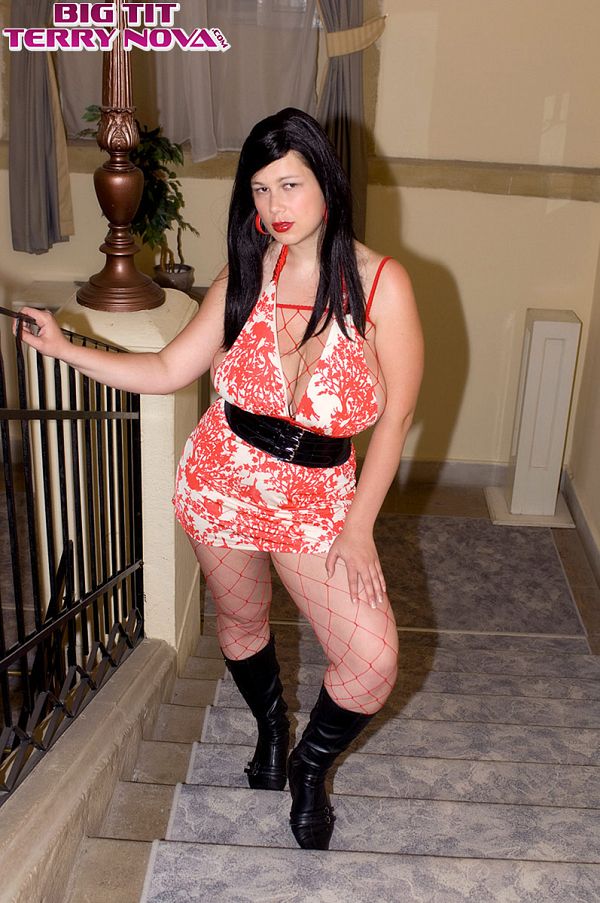