Candy Girl In The Bahamas

Candy Girl In The Bahamas

During the early years of huge hair and huge breasts in The Big '90s, young and beautiful Candy Cantaloupes was one of the big names on the super-busty strip club circuit, appearing in clubs like New York Dolls and the Boobie Bungalow.

Candy was 19 and barely made it through her first audition at the Cheetah I club in Phoenix, Arizona, so nervous was she.

"When I auditioned, I was too scared to take my hands off my boobs. I still had braces on. I was so innocent. I had no idea what topless dancing was, or strip clubs. I never swore or anything."

Candy supersized her boobs and trained to become a feature dancer. In time, she toured Tokyo and London and was one of the guests on the TV talk shows of Howard Stern, Maury Povich, Rolonda and Sally Jessy Raphael. Photographer John Graham offered her a modeling booking for SCORE, which she accepted.

In 1994, Candy was on the list for the first Boob Cruise that eventually featured five models (Danni Ashe, Europe DiChan, Chloe Vevrier, Lisa Lipps and Tawny Peaks, but the scheduling didn't work out.

By 1995, Candy had had enough of living out of a suitcase and dealing with the pitfalls of exotic dancing and quit everything for a conventional lifestyle. 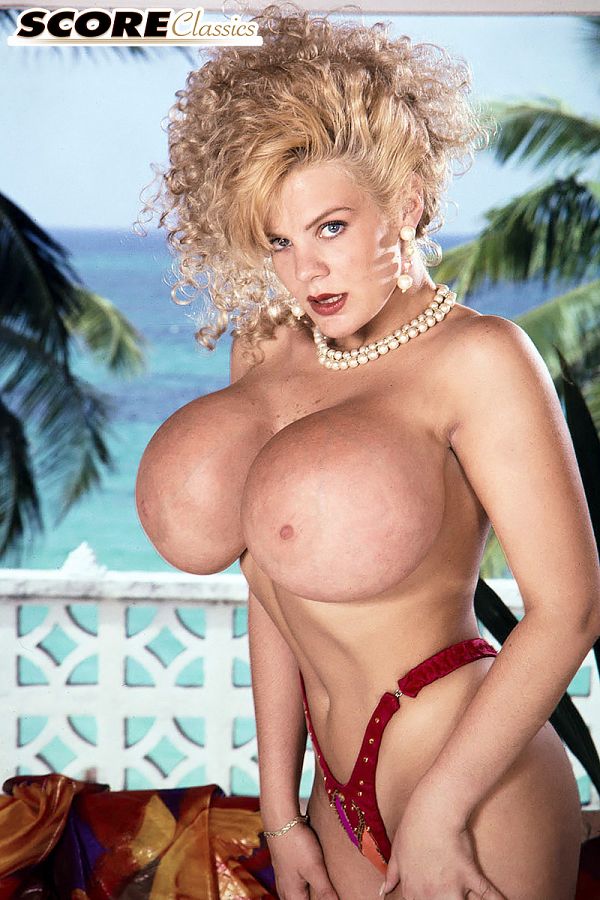