There's an epidemic of big and busty girls shoplifting bras in the store that Peter works in as a security man. He has the enviable job of counting the bras and lingerie that women bring into the dressing room and then watching them to make sure they don't try to walk out with them without paying.

When the aptly-named Lila Lovely heads to the dressing room with a collection of bras, Peter feels something's up. Namely his cock. He counts the bras and lets Lila go in, then moves over to watch her through the two-way mirror. Lila takes her big tits out, not knowing she is under surveillance. She tries on a bra, then stuffs them all in her bag. When Peter sees this, he rushes in to catch her in the act. There's only one way out for Lila if she doesn't want Peter to call the police.

She taunts him with her jugs, then goes south on his north pole, sucking it like a candy cane and swallowing every inch down to the base. Lila doesn't know the ancient art of throat-fu for nothing! Peter fucks her face, holding her head in his hands. He has her turn around and drop her jeans and panties and shoves his cock deep into her pussy. Ass up, face down and fucked hard by a dominant man happens to be Lila's favorite position.

Holding her arm behind her, Peter rams it into Lila hard, and that's just the beginning of her rehabilitation. There's only one way to show this bra-lifter that his store means business. Fuck Lila every which way and shoot a load of man-pudding on her hooters and on her face. He'll let her off with a warning and invite her back to try to steal more bras. It's a tough job but someone has to do it. 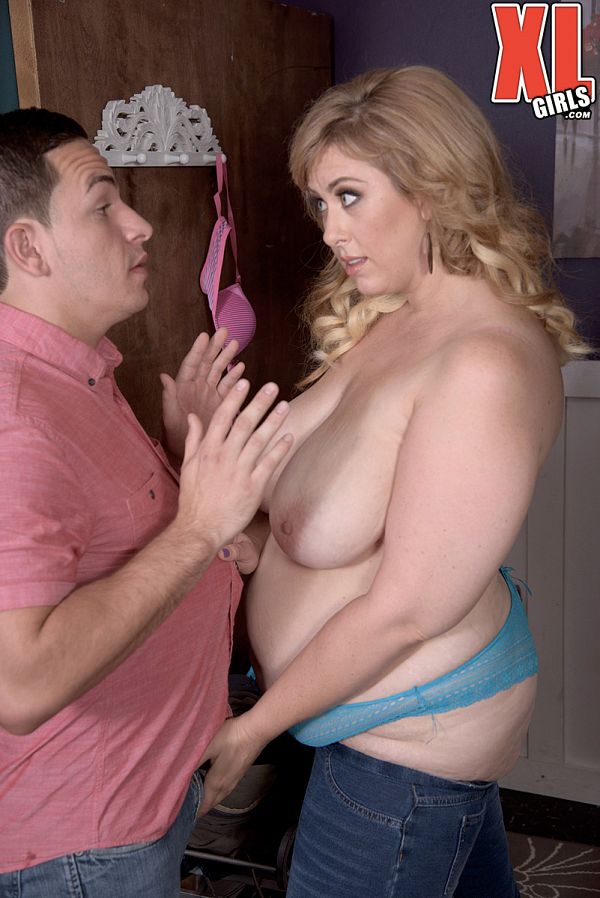