We asked Angela, "What is it about tit-fucking that turns you on?"

Her response: "There's not one thing about it. I just like being in control of a man's pleasure. I like the feel of his cock between my breasts. It just gets me off. I just like it."

Mission accomplished. Although it looks like she got some on her face, too. No complaints. 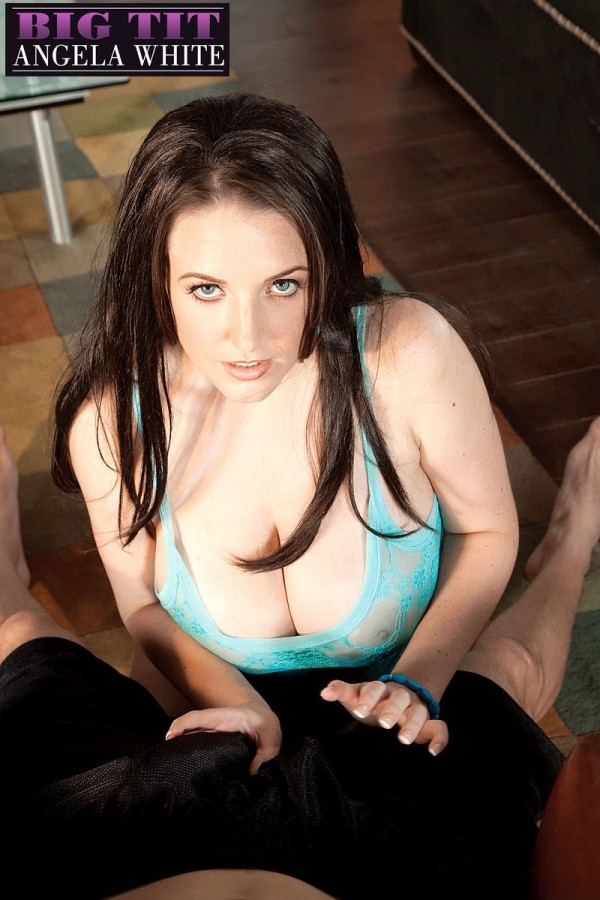